On the 6th of June, 2020, when the world was busy combating the deadly virus, a band of battle scarred veterans gathered on the coast of Northern France to pay their obeisance to their predecessors, for whom “the longest day” was the shortest. Today, the famous beaches have resumed their function as a holiday resort for the Parisians after months of abandonment due to the pandemic. However, without the piles of concrete rubble and rusting guns (remnants to Hitler’s “Atlantic Wall”), it would have been difficult to imagine that they were the sites of the greatest amphibious invasion in history, in 1944.
Seasick and nervous men had clambered out of landing crafts to face withering fire from the German defenders from only a few hundred yards away on the cliffs. Many never made it to the shore, their bodies bobbed in the surf as the battle raged on. Those who could alight on the shores, found the sands strewn with deadly obstacles. Nevertheless, within 24 hours the beach heads had been secured and the Western Allies thus began their great push into Germany, culminating in the decimation of the Third Reich.
The massive landing on D-Day was codenamed “Operation Overload” for its huge proportions and the importance that it carried. However, it was not the first landing on the continent by the Allies. The other one had been in Italy. However, the “soft underbelly of Europe” as Winston Churchill often referred to the land as, had proved to be tougher than expected due to the mountainous terrain. It was clear that the Germans could not be defeated from the south, but the campaign did tie down some of their crack divisions.
The success of the Allied Forces depended upon a simultaneous offensive in the East by the Red Army, which had tied down at least half of Hitler’s divisions and had inflicted crippling defeats at Stalingrad and Kursk. In early April 1944 therefore, the Western Allies had notified Stalin that the invasion would begin on or about the 31st of May, with the weather determining the exact date. Ironically, both sides had been aware that an invasion was imminent. The mustering up of such a large force can hardly ever go unnoticed. General Hastings Ismay, Churchill’s military advisor had written; “Never has there been an operation so widely advertised.” The trick, as the Allied commanders knew, was to deceive the German High Command about the site of the invasion. So, “Operation Fortitude was devised; an elaborate scheme which succeeded in convincing them that the invasion would take place across the Straits of Dover and the Pas de Calais.
Since the British had broken the German code system “Enigma”, they were able to monitor the success of their plan when the elite 15th Army was stationed there.
This ensured that Adolf Hitler was not able to concentrate his forces in the area to the extent the danger called for. Field Marshal Erwin Rommel, in command of the crucial sector of France, had pleaded in vain with Hitler for more Panzer divisions. On 4th of June, he took a fateful decision. After consulting Field Marshal Gerd Von Runstedt, he ruled out an immediate invasion, citing the stormy and overcast weather conditions. He therefore decided to return to Germany to spend a couple of days with his wife, whose birthday fell on the 6th of June. He had procured a special birthday gift for her; a gold laced shoe from Paris, which he wanted to personally gift it to her. He would then meet Hitler to request for reinforcements and share all information, personally about the region. A strange combination of circumstances ensured that when the landings occurred, Rommel was absent during the first crucial 24 hours.
Why did the Western Allies choose Normandy? It was within range of land based fighters and bombers. It could be reached by overnight shipping runs. Moreover, it avoided the difficulty of assaulting a heavily defended port. The Allies had learnt their lesson of the disastrous Dieppe raid in 1942. The plan called for attacking forces to secure the beachhead, bring their own floating harbors called “The Mulberries” and then attack the ports. 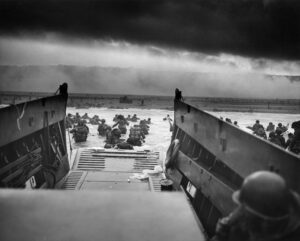 Dwight D. Eisenhower, the supreme commander of the Allied Expeditionary Forces, had originally scheduled D-Day for the 5th of June. However, on the 4th of June, James Stagg, the chief weather forecaster, informed him that high winds and low visibility was predicted for the day and thus the operation was postponed by another 24 hours to let the weather become more stable. At 9:30 PM came a further weather report that there would be just 36 hours of relatively clear weather before conditions worsened. The High Command was divided whether to take the risk or wait for the clearer skies. Only “Ike” could take the final call. At 9:45 PM with the laconic words, “O.K. let’s go.” Eisenhower set in motion the mighty Armada which had been assembling for months.
The weather had played pivotal roles in other historical battles too, like at Waterloo.
However, no military operation of such majestic proportions had been hinged so completely on the weather patterns. Eisenhower knew that if he had aborted the operation, the next opportunity would not come before the 19th of June. A lengthy delay would not only harm the morale of the forces but would also give time for the Germans to regroup. Mr. Alistaire Horne had written in his commentary of war accounts that “History has reason to be grateful for the accuracy of Staag and his experts”. On the 20th of June, well after the beachheads had been secured, a terrible storm raged through Normandy and the English Channel, damaging more than 800 ships and wrecking havoc on the beaches. Even the communication cable with England was cut by the ravaging tempest. Fortunately, the Mulberries were spared, so supplies could resume. Afterwards, Staag wrote tactfully to Eisenhower that had he delayed the operation till 19th of June, they would have encountered that storm.

When Rommels’s Headquarter was informed of the landings they were convinced that they were a diversion from the “real” invasion at the Pas de Calais. Then followed a period of complete pandemonium. Not only was Rommel away, most commanders were attending a war game at Rennes. Only Von Runstedt had realized the seriousness of the situation and tried to get Panzer up to the coast. However, Hitler’s divided command structure meant that they had to be personally authorized by him. When Von Runstedt telephoned, Hitler was asleep and no one dared wake him. True to his habits, the Fuehrer did not wake till midday and gave the order in late afternoon. By then, it was too late. Rommel himself did not get back to France until late in the day, making matters worse.
However, D-Day was no cakewalk for the Allies. Although, the landings at four of the five designated beaches met little resistance, the final bugle couldn’t be sounded without a price. At Omaha, the code name for the westernmost beach, the defenders were a crack infantry division which inflicted appalling casualties on the U.S. troops. Everywhere the German forces had put up stiff resistance helped by the deep lanes and hedgerows of Normandy’s boscage countryside. Caern, an island of only a few miles, was not captured till a month later.
The determined resistance was a grim reminder of what might have happened had Operation Fortitude failed or if Rommel had obtained reinforcements. Terrible battles soon broke out and the Reich held on till nearly a year. Eisenhower had aptly summarized it in his message to the troops: “This landing is but the opening phase of the campaign in Western Europe. Great battles lie ahead. I call upon all who love freedom to stand with us.”
The recollections of those who took part serve to remind us the D-Day was a “close run thing, “to quote the Duke of Wellington after Waterloo. Never before or since has an invasion force of such magnitude been assembled against such an evil force. Desert Storm against the repellent Saddam Hussein pales in comparison. Never before or since, has the issue of might being right been so clear-cut.
And never has the outcome of such a momentous operation hinged on clear skies, the birthday of a Field Marshal’s wife and the sleeping habits of a dictator.
Written By Satadal Lahiri / https://satadallahiri.com/ 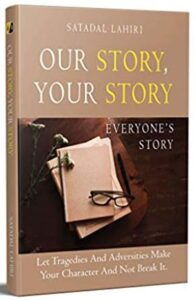 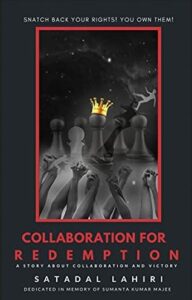 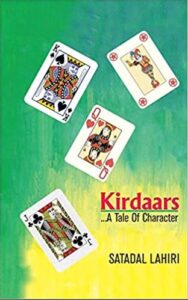 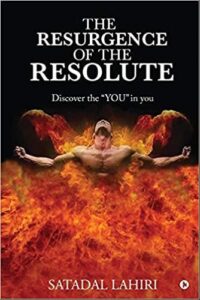